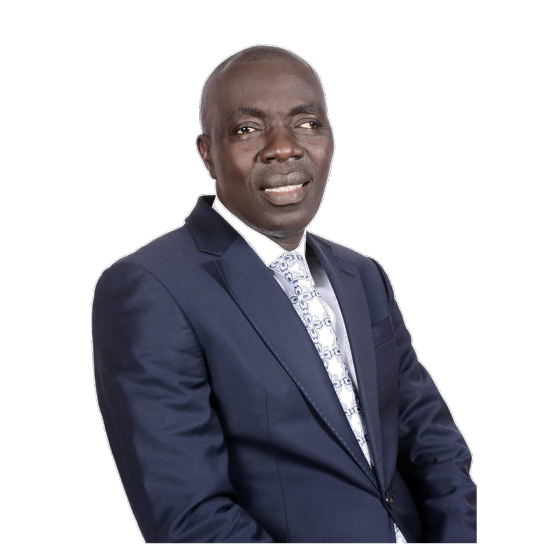 Olalekan Ojo hails from Imesi-Ile, located in Osun State. He had both his primary School and post- primary Education in Osun State. He obtained his Teachers Grade II Certificate at the Divisional Teachers College, Ijebu-Ijesha, Osun State in 1983 and worked for a session at the Baptist Primary School Ilesa, Osun State between 1983 – 1984 before he proceeded to Obafemi Awolowo University, Ile-Ife Osun State where he obtained a Bachelor’s degree in Law in 1988 and was called to the Nigerian Bar in 1989.
Mr. Olalekan Ojo served at the Ministry of Justice, Akure, Ondo State during the mandatory one year National Youth Service, before heading back to Obafemi Awolowo University Ile-Ife for his Master’s Degree in 1990. He obtained a Master’s Degree in Law from the same Obafemi University in 1991.
Mr. Olalekan Ojo is married to Barrister Olayinka Ojo and they are blessed with 6 Children.

Mr. Olalekan Ojo was called to the Nigerian Bar in December, 1989. He had his first solo Court appearance as Prosecuting Counsel in a Criminal case at the High Court of Justice, Akure in 1989. He lost it because of insufficient evidence against the Accused person. He was then a member of the National Youth Service Corps.
He worked at the Jejeola Jones & Co., Akure, Ondo State between Jan-August, 1992 before joining the law firm of Chief Afe Babalola SAN & Co., Ibadan, Oyo State in September1992 where he distinguished himself and attracted glowing recommendations from Chief Afe Babalola SAN and Clients alike due to his diligence and dexterity.

He left the firm of Chief Afe Babalola SAN in 2002 to establish the law firm of Olalekan Ojo & Co.

Mr. Olalekan Ojo has successfully represented a board range of clients in both criminal and civil matters in Nigeria. Some of the landmark cases he has handled are as follows:-